Show/Hide
Coronavirus: All City of Palm Bay facilities will be closed to the public until April 30. Essential municipal service operations will continue with limited staffing. Coronavirus Information and Resources 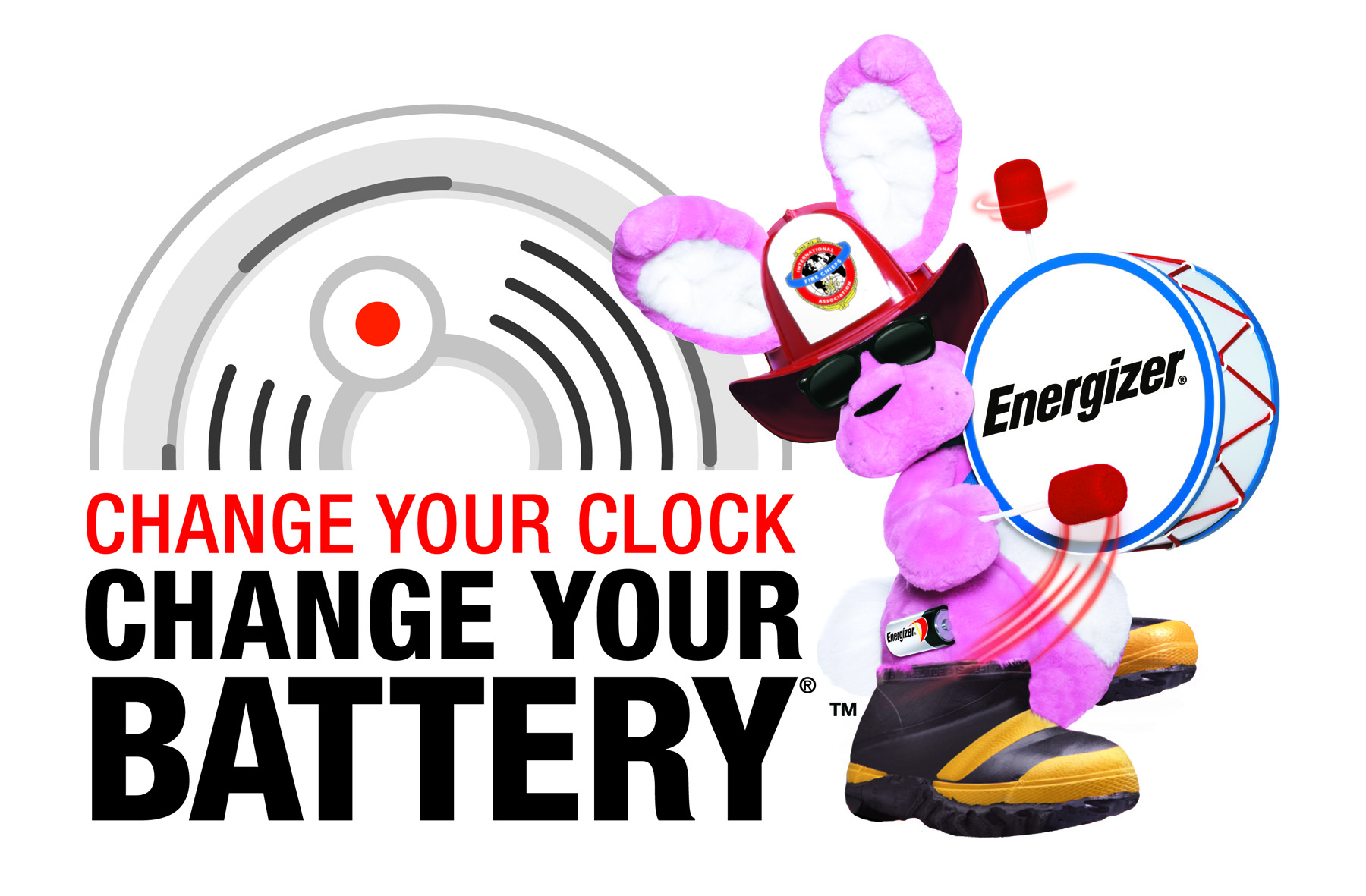 The National Fire Protection Association reports that 71% of smoke alarms which failed to operate had missing, disconnected or dead batteries. This reinforces how important it is to take time each year to check smoke and carbon monoxide detectors.

Most fatal fires occur at night. Every home needs working smoke alarms to provide an early warning. Install smoke alarms in all sleeping rooms, hallways that lead to sleeping areas, and each additional level of your home. Prepare and practice an escape plan! Crawl low under smoke. Plan where to meet outside. Once you are out, stay out!

If your smoke alarm was installed before May, 2002 it needs to be replaced.

Palm Bay Fire-Rescue consists of six fire stations that cover the City 24/7 with fire and medical services. However, a station may not be staffed at all times due to emergency responses and assignments.

DO NOT ATTEMPT TO CALL OR GO TO THE STATION INSTEAD OF CALLING 911! This could delay the response to your call, and every second counts! 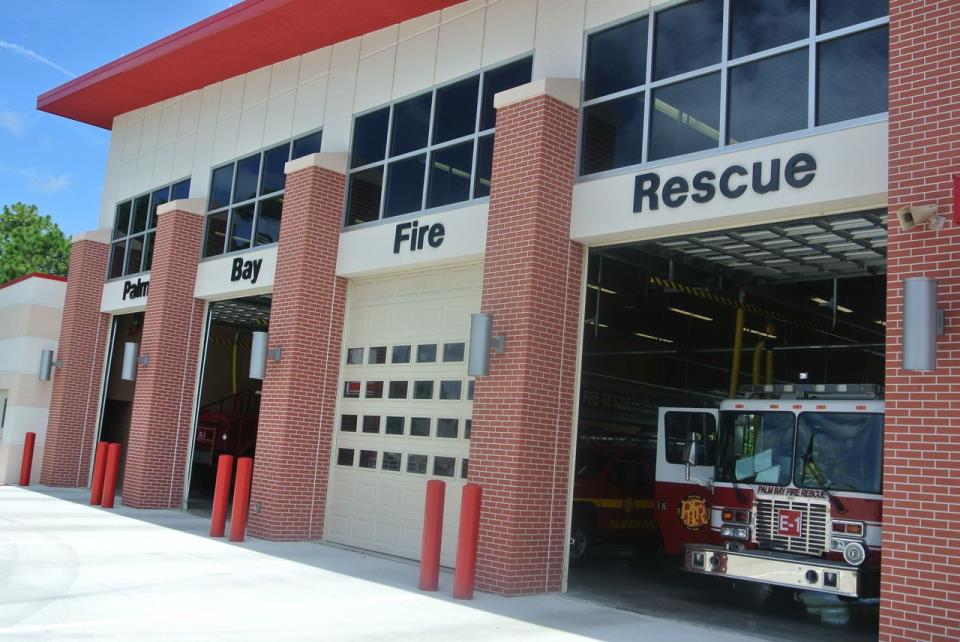 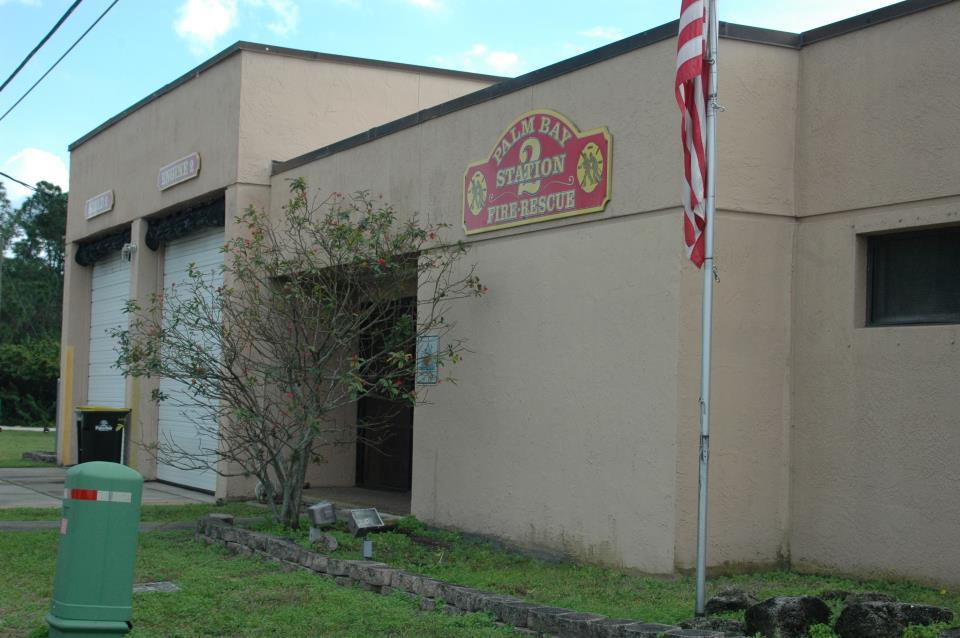 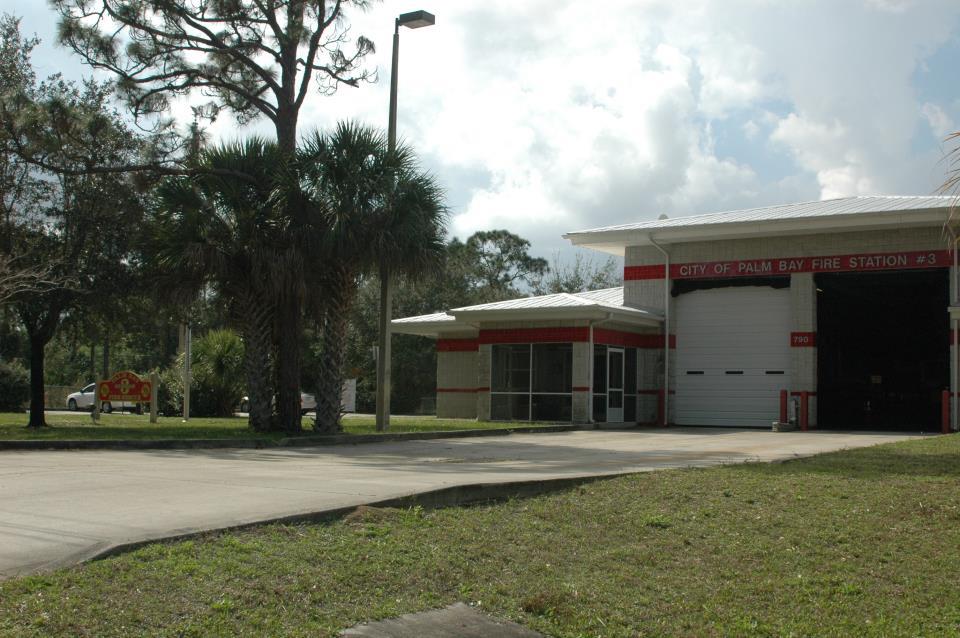 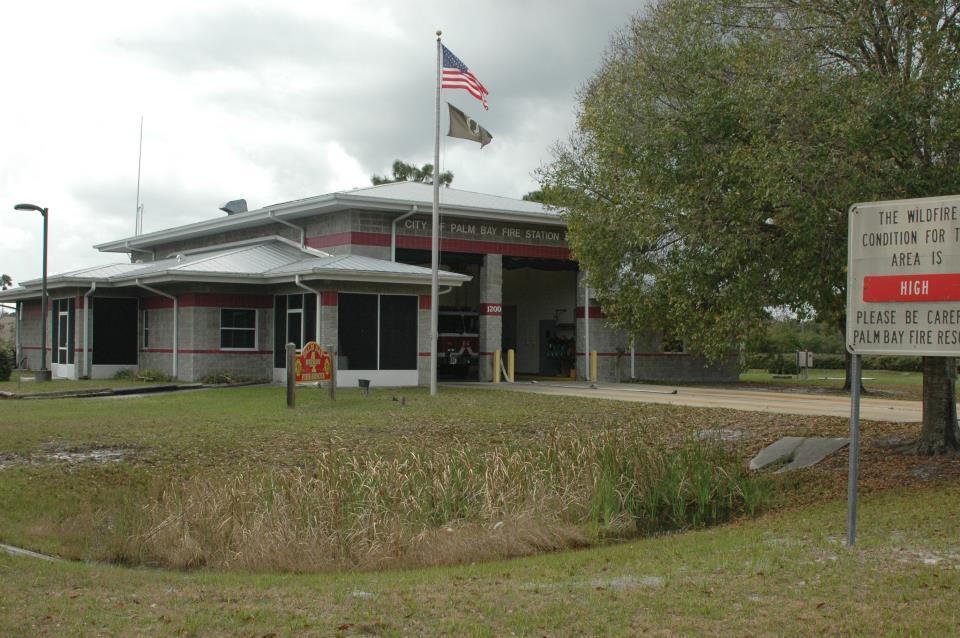 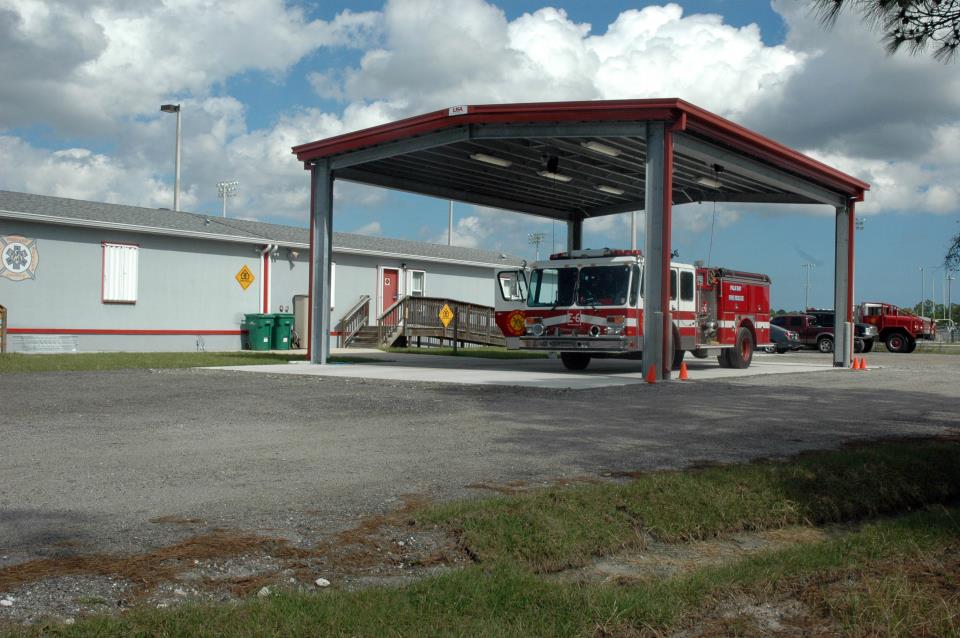 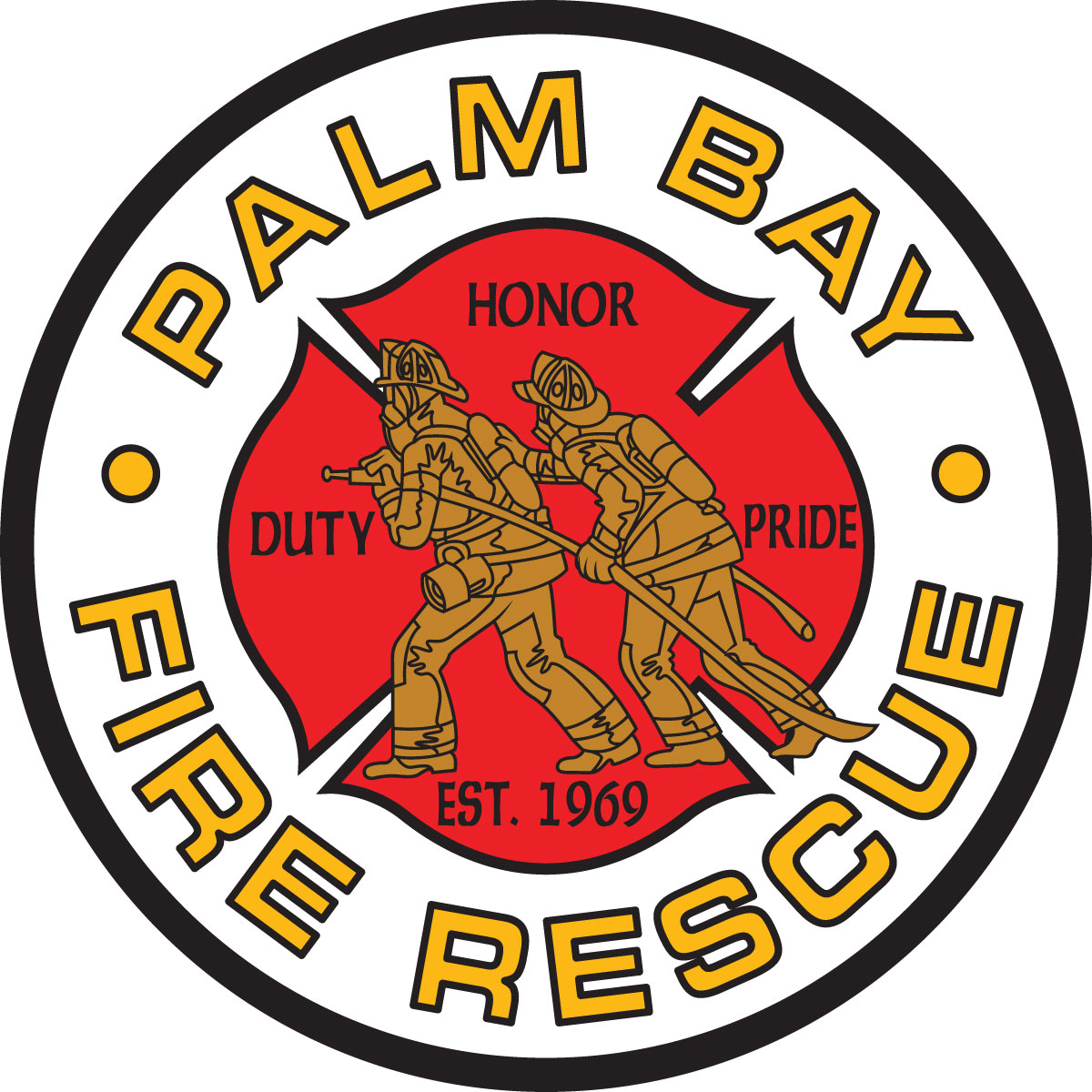 To be considered for employment as a firefighter with the City, the following requirements must be met:

For out of state fire certifications and reciprocation please visit the Florida Bureau of Fire Standards and Training: Florida BFST

For out of state EMT or Paramedic and NREMT reciprocity and test challenge, please visit the Florida Department of Health Division of EMS: Florida DOH 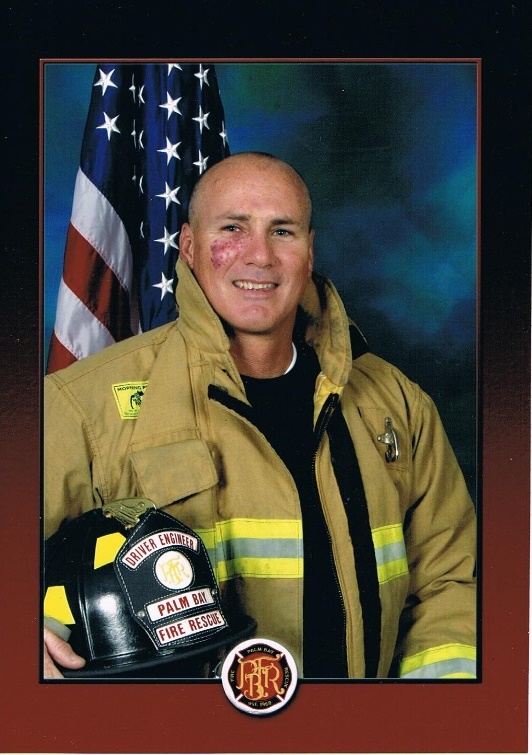 The Palm Bay Firefighters Community Benevolent, Inc. and the Family of Jeff Burgin, have established this Scholarship to honor Jeff’s memory.  Jeff served three (3) years with the Florida Forestry Service as a Firefighter and sixteen (16) years as a Firefighter with the City of Palm Bay Fire Department. He was a Driver/Engineer, Paramedic, and was posthumously promoted to Fire Lieutenant.

Palm Bay Fire-Rescue participates in Brevard County's Sharps Program. Procedures for collection of used sharps must be followed to prevent any possibility of contamination.

Please understand fire personnel are on call 24 hours a day, and may be out of their station on a call when you arrive.

You may take your sharps to any fire station in Brevard County.

Again, sharps containers are not to be left unattended per biomedical waste laws.

Palm Bay Fire Rescue does not accept medicines for disposal. The Food and Drug Administration (FDA) has information online on how to dispose of unused medicines at home. FDA Guidelines for drug disposal.

The U.S. Drug Enforcement Administration, working with state and local law enforcement agencies, periodically sponsors National Prescription Drug Take-Back Days where you can turn in your unused or expired medicine for safe disposal.

Calls may be anonymous

Palm Bay Fire-Rescue has made arrangements to use the CRIME LINE as the ARSON HOTLINE. If you have information on possible causes of recent fires, call the hotline, which is available 24 hours a day, seven days a week. Caller should state:

This toll free hotline number is through the Florida Forestry Arson Alert, Inc. Program. You can also call this number for information leading to the arrest of an arsonist. In the event you require additional information, please contact the Division of Forestry or Office of the Agricultural Law Enforcement at (800) 342-4869, anytime day or night. 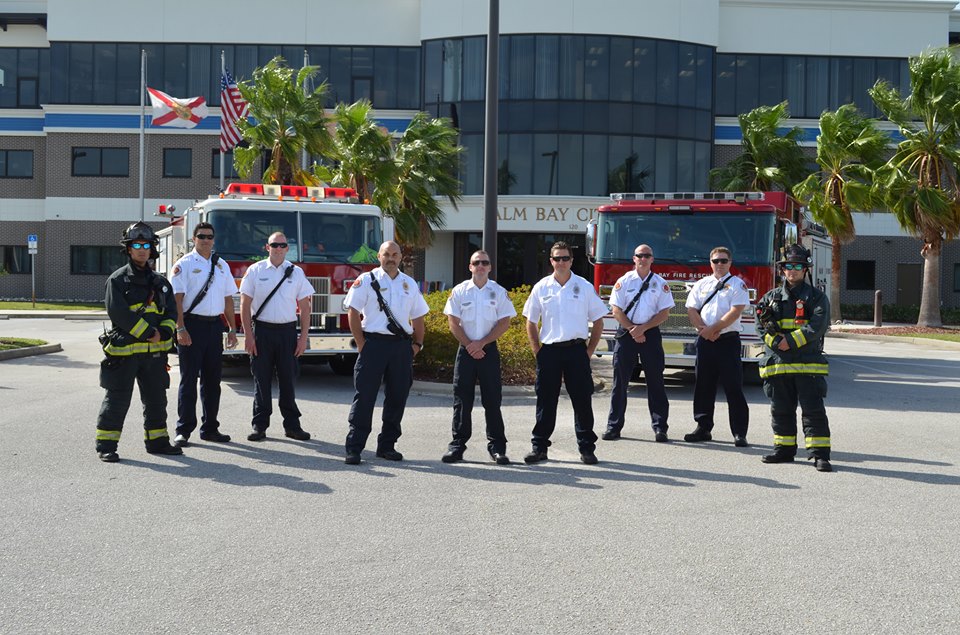